The hotel has its name from the Maynard family, whose ancestry goes back to the Battle of Agincourt in 1415. They were Lords of the Manor of Padley and one of the high ranking families in Derbyshire.

The original licence for the Maynard Arms was held at Nether Padley Farm from 1857 by farmer John Crossland.

A full licence was granted to Helen Elliott in April 1901 and that licence continued right up to the present day.

Like most of the village, the hotel grew with the coming of the Midland Railway, although from the records of the five licensees between 1901 and 1928, three of whom only stayed briefly, it could not have been very successful due to the privations of the Great War.

In addition to village activities, The Maynard also became famous for hosting many international touring cricket teams who played matches at Bramall Lane in Sheffield and Queen’s Park at Chesterfield. These included the 1938 Australians under Don Bradman and the 1950’s West Indians with Ramadan and Valentine.

Since the 1960’s a succession of licensees under different ownerships continued to provide excellent hospitality to both visitors and villagers. Many famous celebrities have stayed there, including Dame Shirley Bassey and Sir Paul McCartney.

Being the son of John & Diane Hattersley, former restaurateurs and now local wine merchants, Rob was destined for this industry. Starting off as a chef, progressing through the ranks to front of house management, Rob has 20 years of experience under his belt. He has managed restaurant, bar, kitchen operations all of the UK and also had a stint as a Beverage Operations Manager for Royal Caribbean International. Rob is thrilled to be back in the Peak District and cannot wait to invite you into his country home. 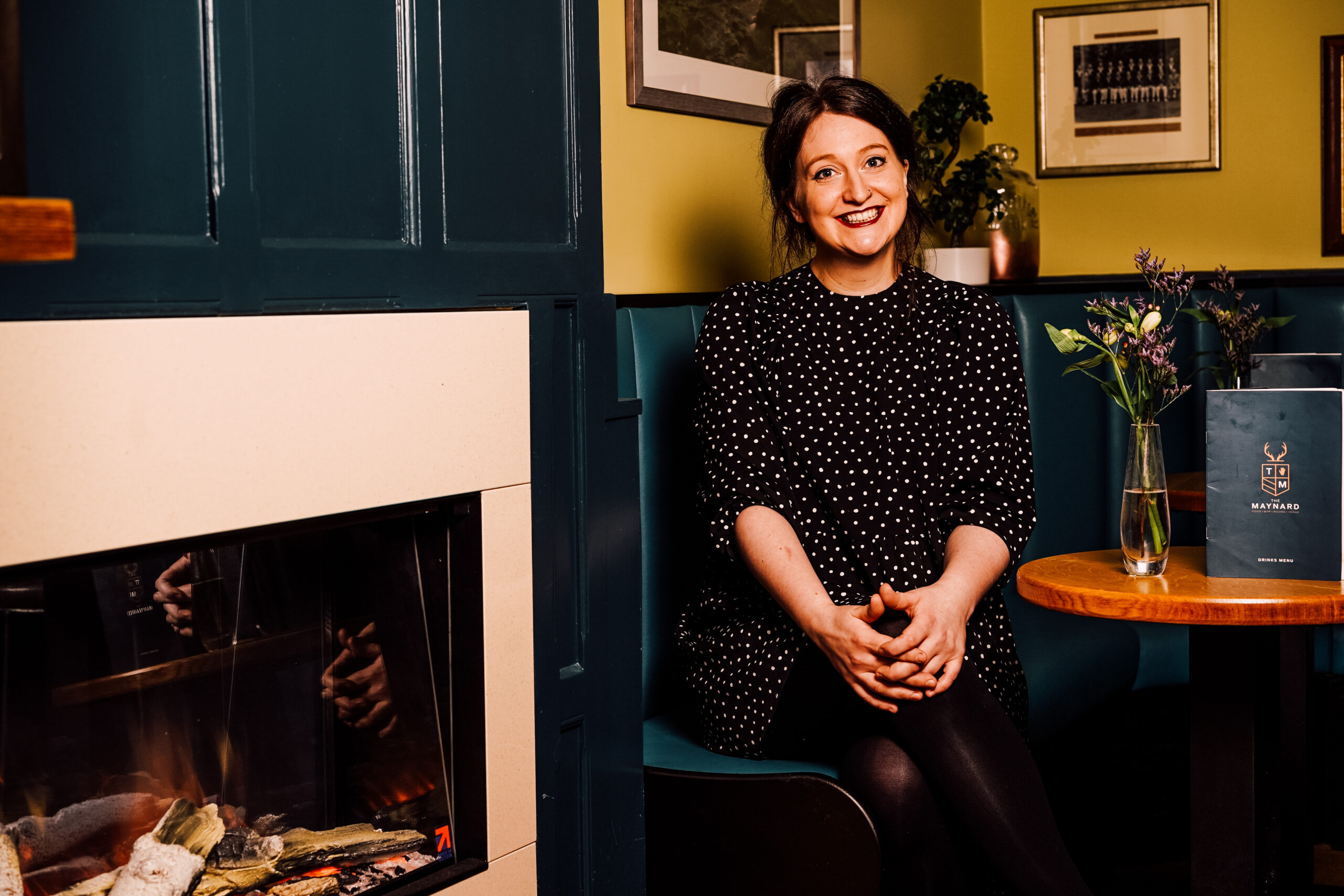 You will quite often be welcomed by Victoria's smiling face as you enter The Maynard. Vix grew up in the heart of the Peak District in Ashford in the Water, but her 20 years of experience in hospitality have seen her travel across the country and even Europe in her role. Having started in hospitality as a kitchen porter at the Bull in Ashford, she achieved her first general manager role at just 24 years old at Antic in London, winning Time Out's award for 'best pub in Southwest London' and in the top 5 places for roast dinner across the capital. She has since worked for Greene King and Metro Pub Co, before coming back to her roots to become general manager at The Maynard. If there's anything you need during your stay with us, Vix will do all she can to help you. 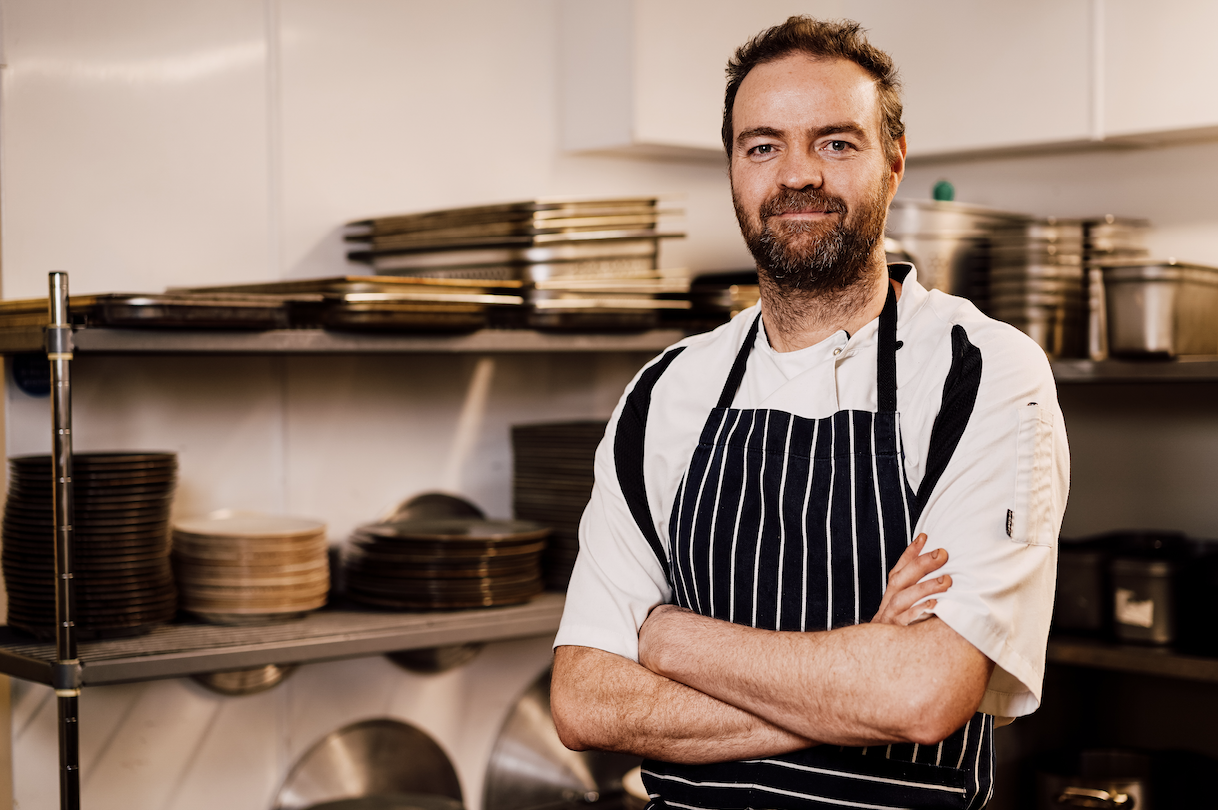 Greg is no stranger to the finer aspects of catering in the Peak District, having previously been head chef at award winning venues within the national park. However, he originally hails from slightly further afield than Grindleford – he was born in Kenya. A consummate professional, Greg has been cheffing since he was 14 years old and has now been a professional chef for 28 years. An alumni of Manchester Metropolitan University, Greg is renowned for his skills across the industry and is the man behind many of the sumptuous dishes experienced by our guests at The Maynard. 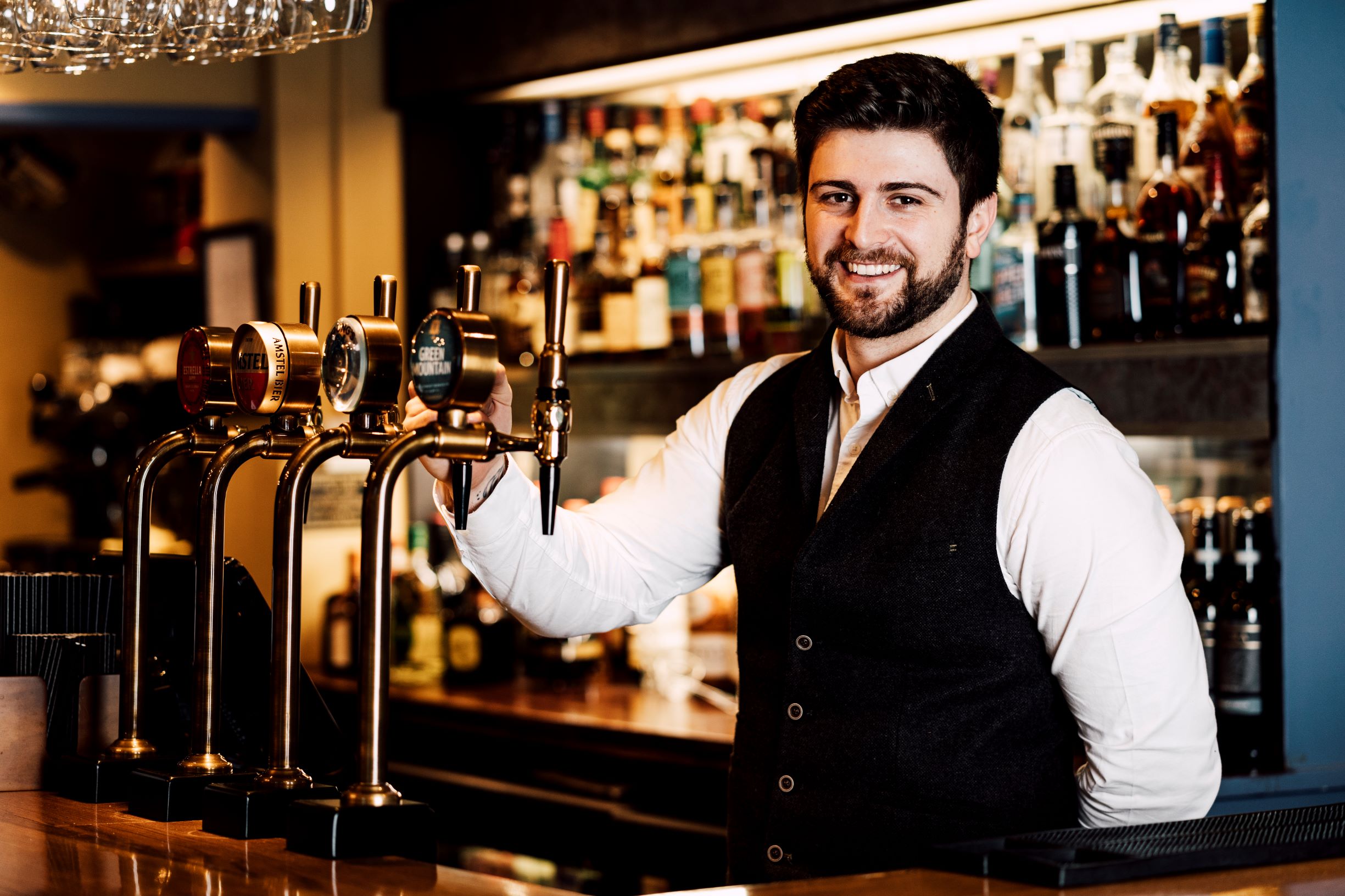 Stephen is the person that makes things happen. As the Operations Manager for Longbow Bars & Restaurants , Steve looks after all aspects of the business including service, standards, staff, hotel, ordering and legislative compliance. Also being brought up in the trade, with his parents running the Bulls Head in Youlgreave, Steve has developed in his career throughout hotels and restaurants. Stephen has undertaken General Manager roles within the Revere Pub Company and has been the right hand man, but more importantly, the rock to keep Rob grounded since 2017. 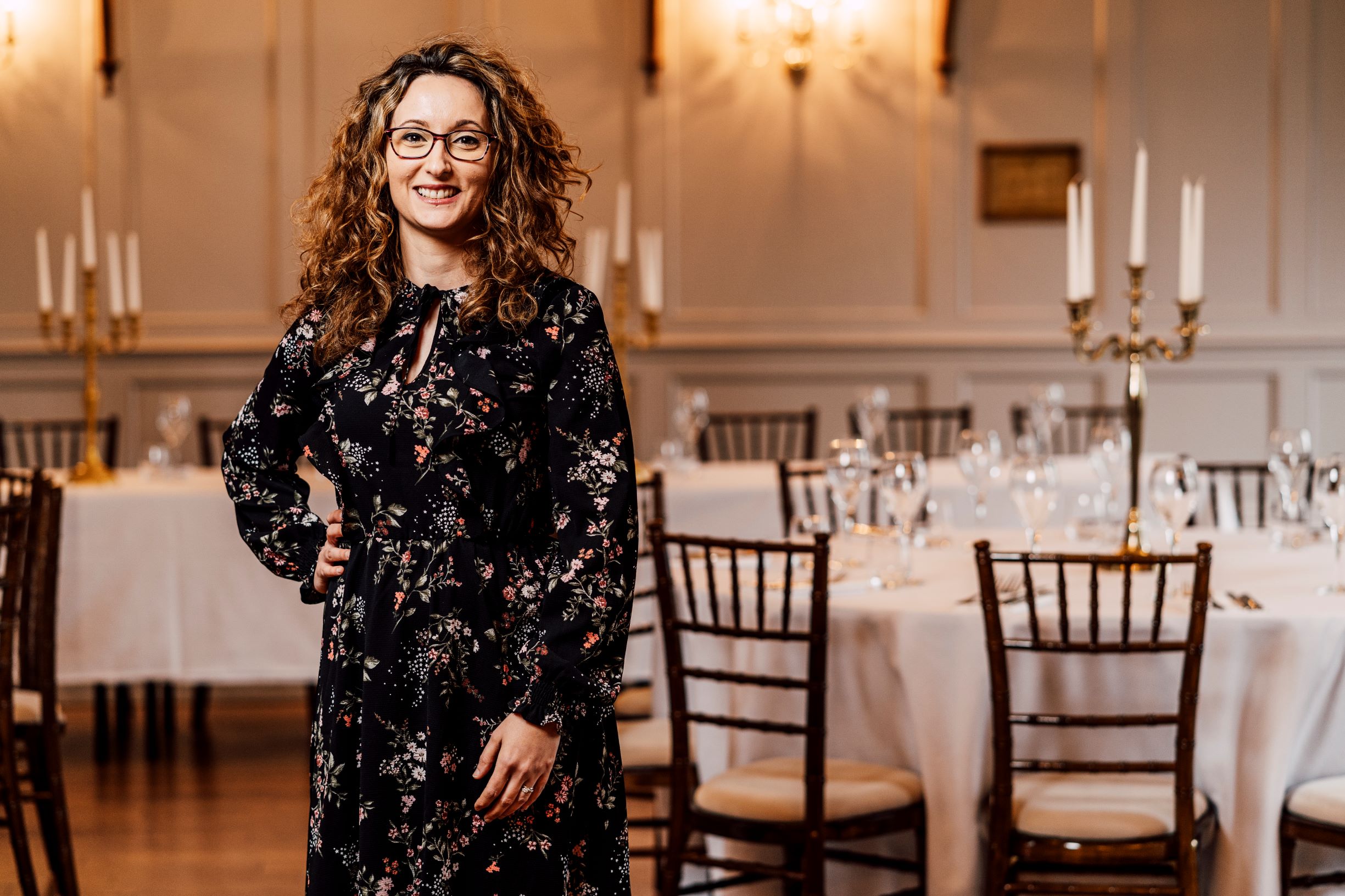 Born and raised in Madrid, Soraya moved to the UK in 2012. Having worked in Casinos, Soraya then spent 4 years progressing at The Corinthia in London gaining the title of Wedding & Events Planner. Soraya then moved to The Lanesborough and Firmdale Hotels as Wedding & Special Events Manager, before taking the move up north, where we were extremely fortunate to find her. Soraya looks after all wedding, functions and internal events. Should you be wishing to book any event, please speak to Soraya, who will assist you anyway possible. 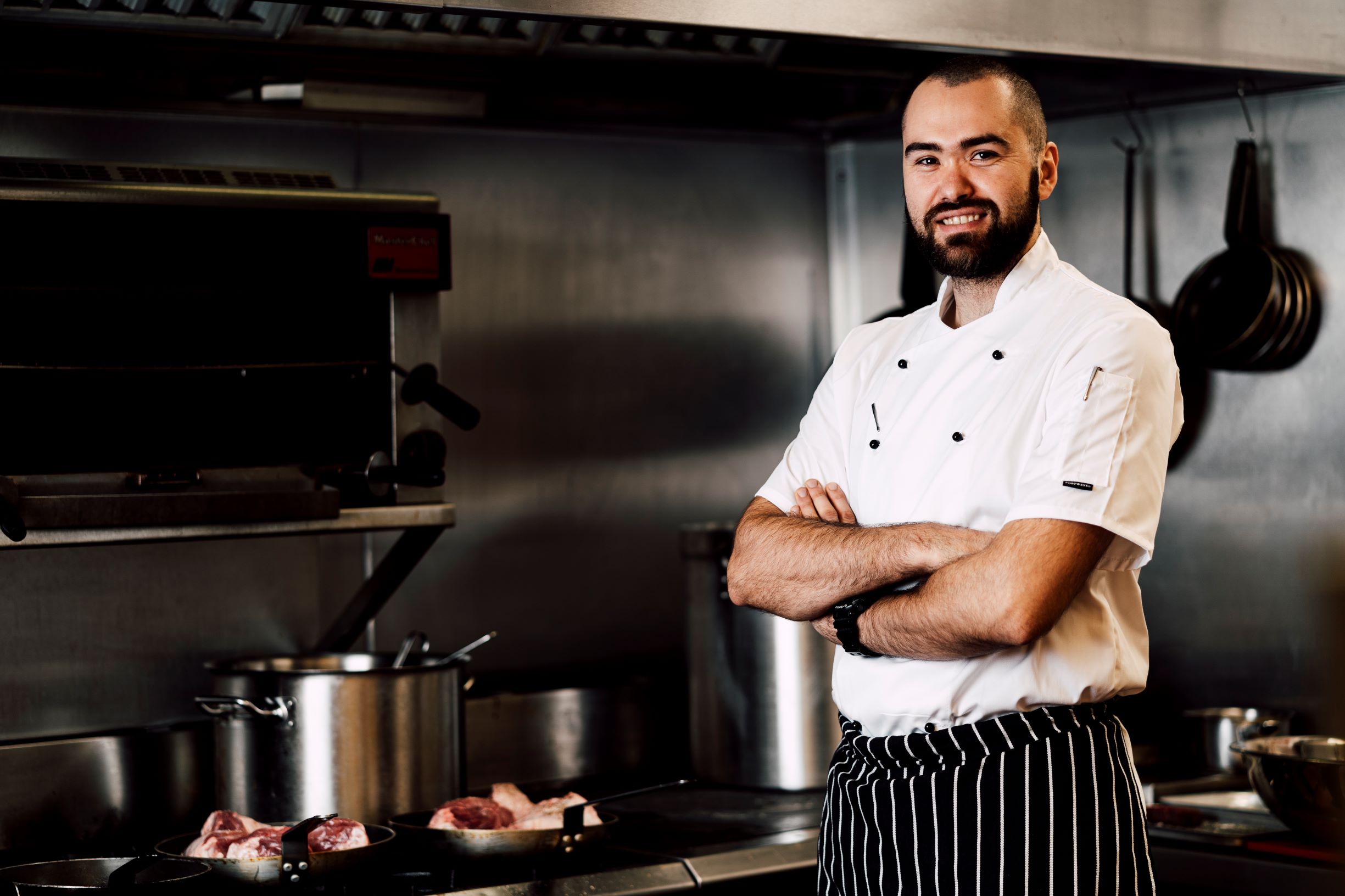 Everyone’s favourite person; Le Chef! Adrian grew up in Romania and became inspired by food from a very young age by his mother and grandmother. After his 16 years of playing on the Romanian national volleyball team, Adrian found his passion for food and became a chef. Taking residence in the UK from 2011, Adrian worked under Raymond Blanc for 2 years, becoming sous chef after 6 months, before returning to Romania to take a Head Chef role. Adrian started working for Rob in 2018 and naturally took the move to follow in this venture. 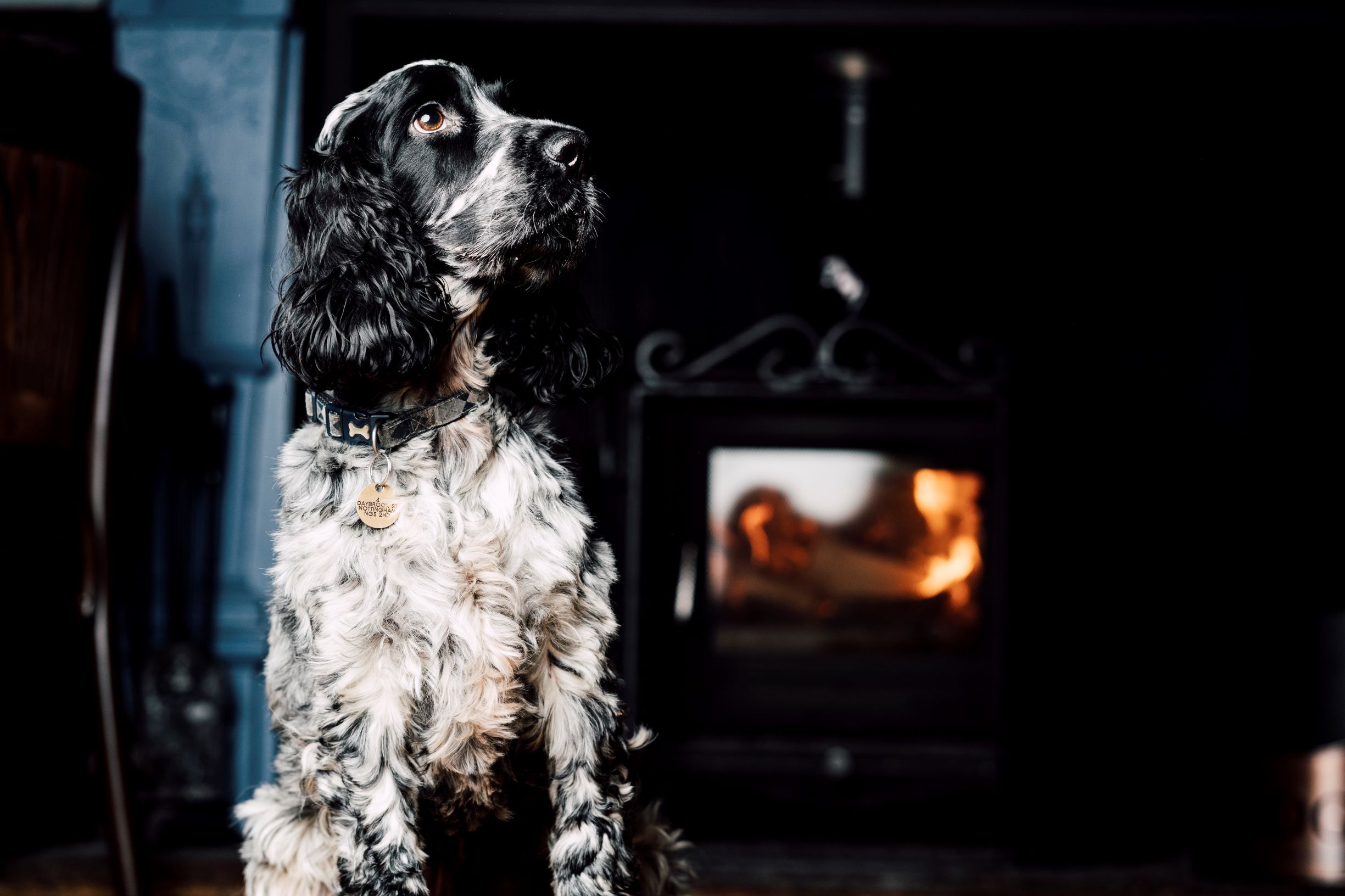 George - Lord Of The Manor

Our resident Blue Roan Cocker Spaniel is the celebrity of The Maynard. He is greeted throughout all his home with attention and bones, he will quickly inform you if he's not received enough fuss. George is quick to welcome other four-legged friends into our bar area and ensure they're treated to biscuits and bowls of water – so long as they are very well behaved! 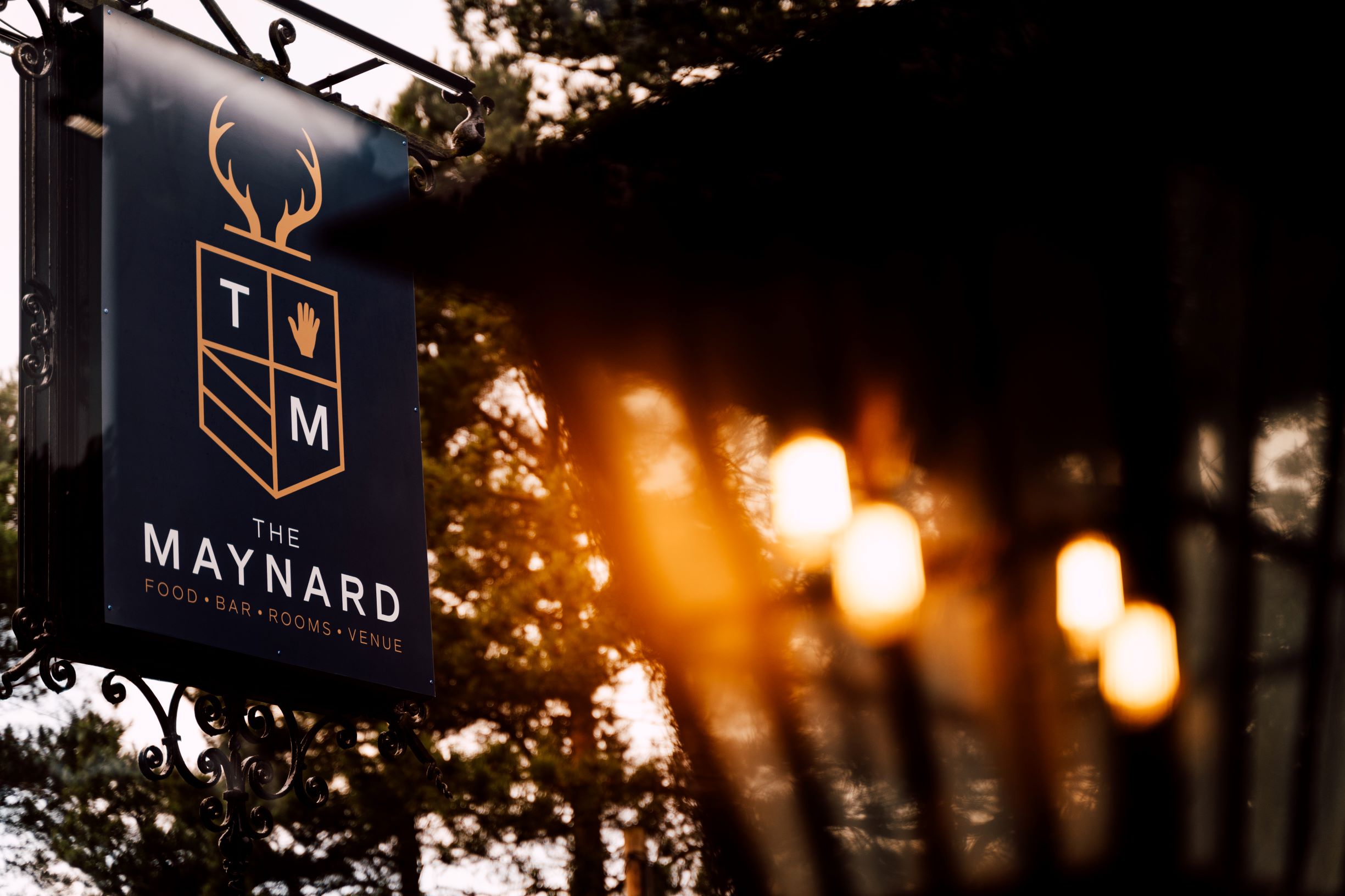 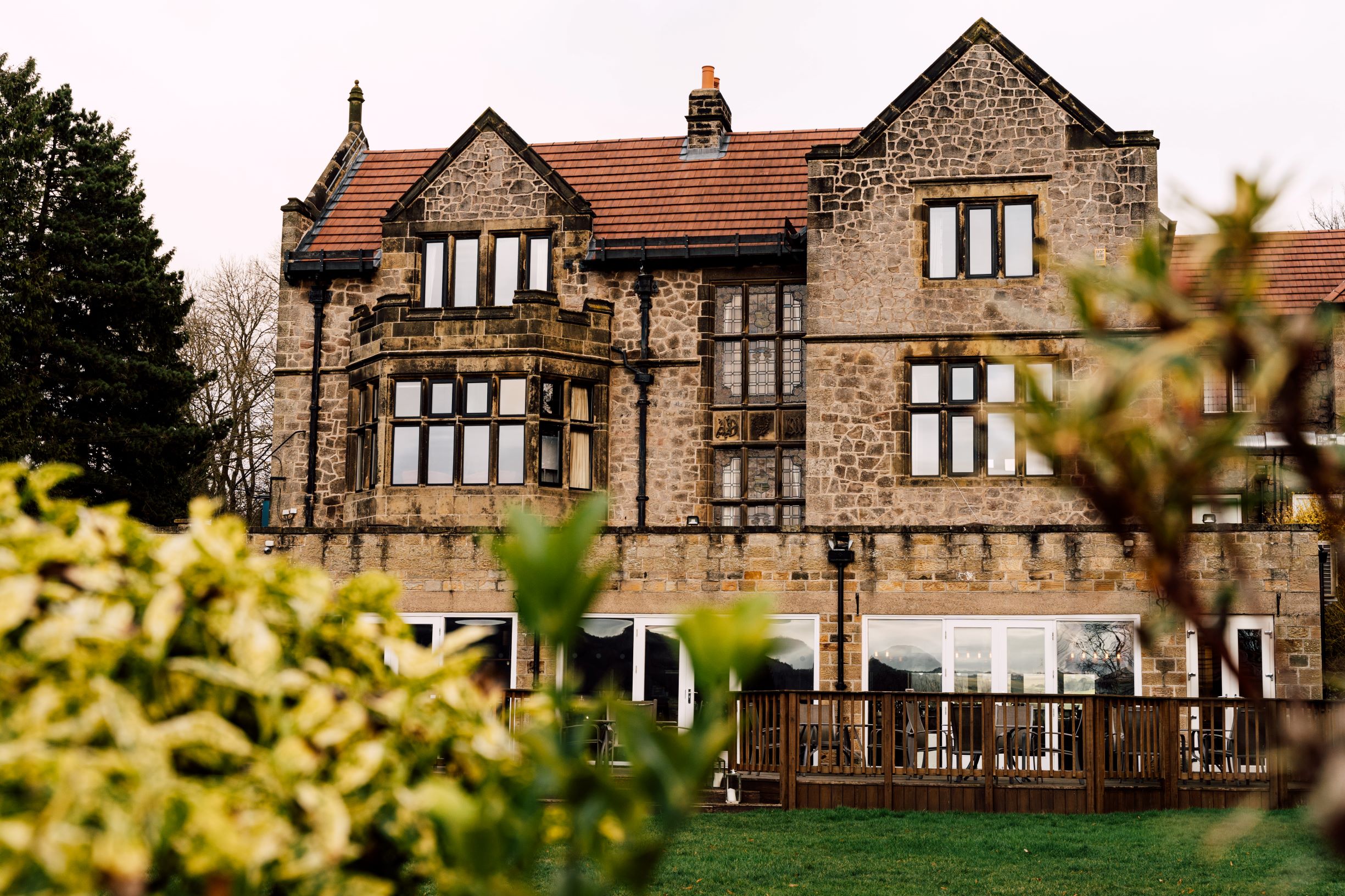 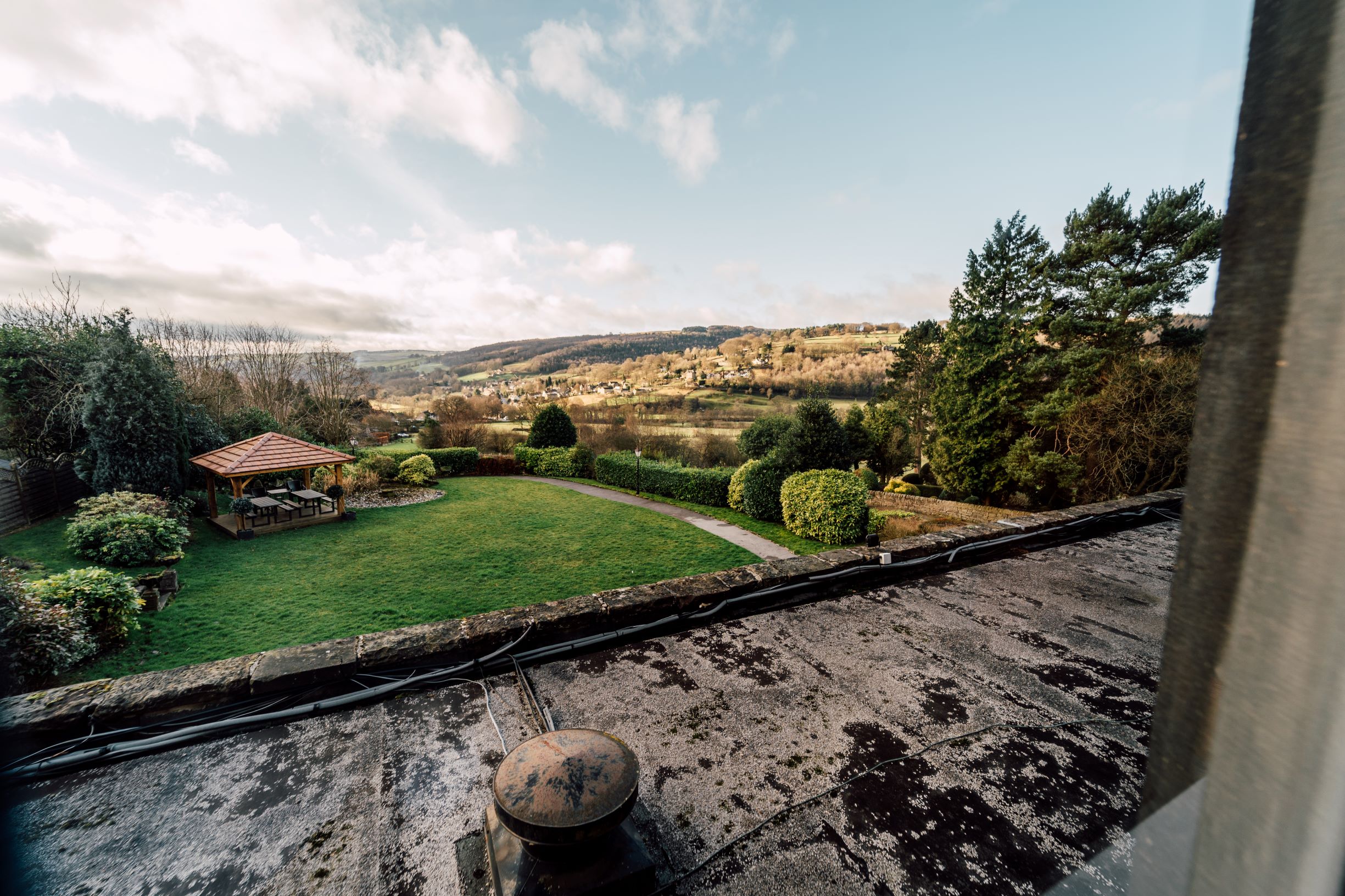 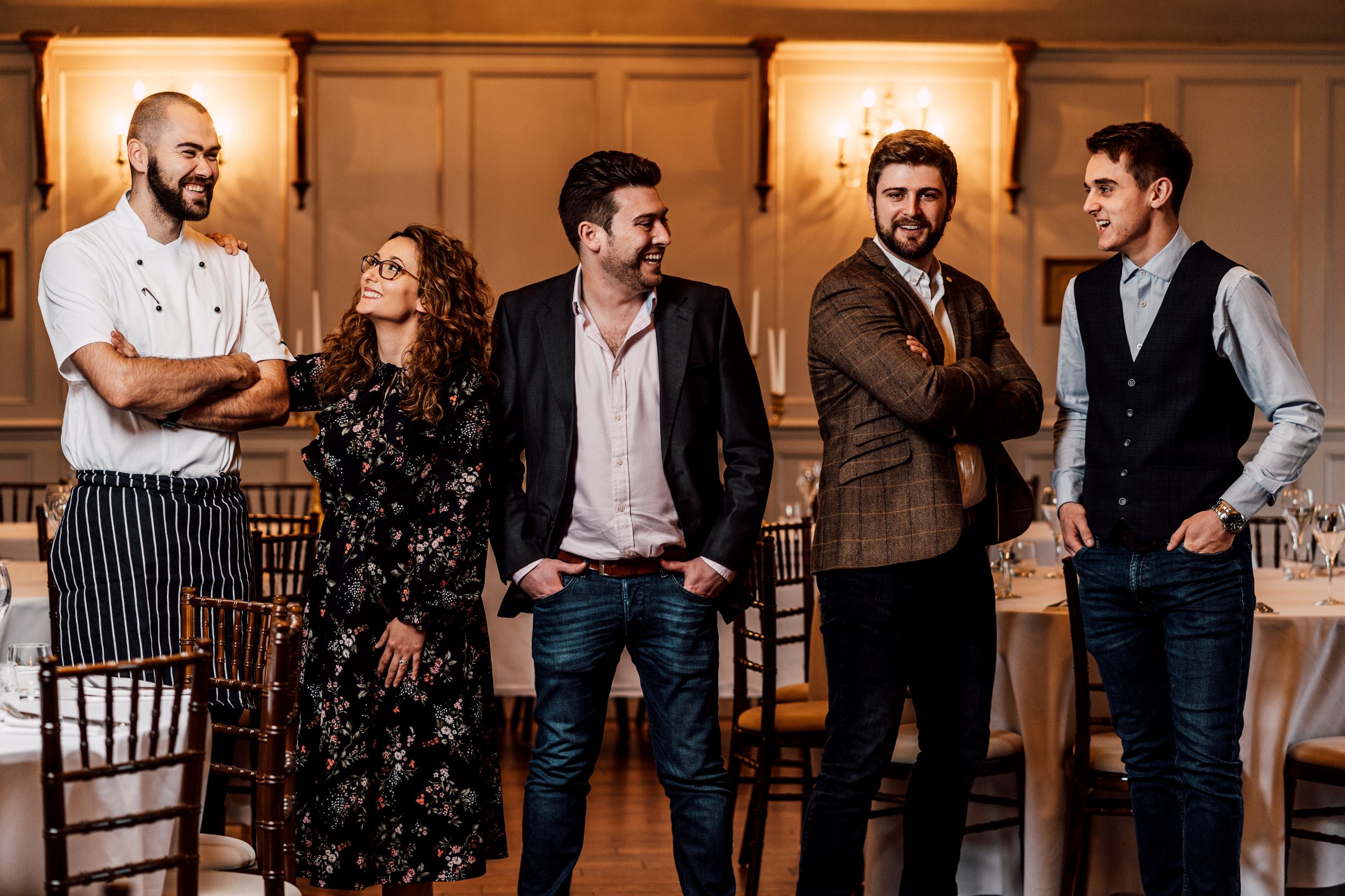 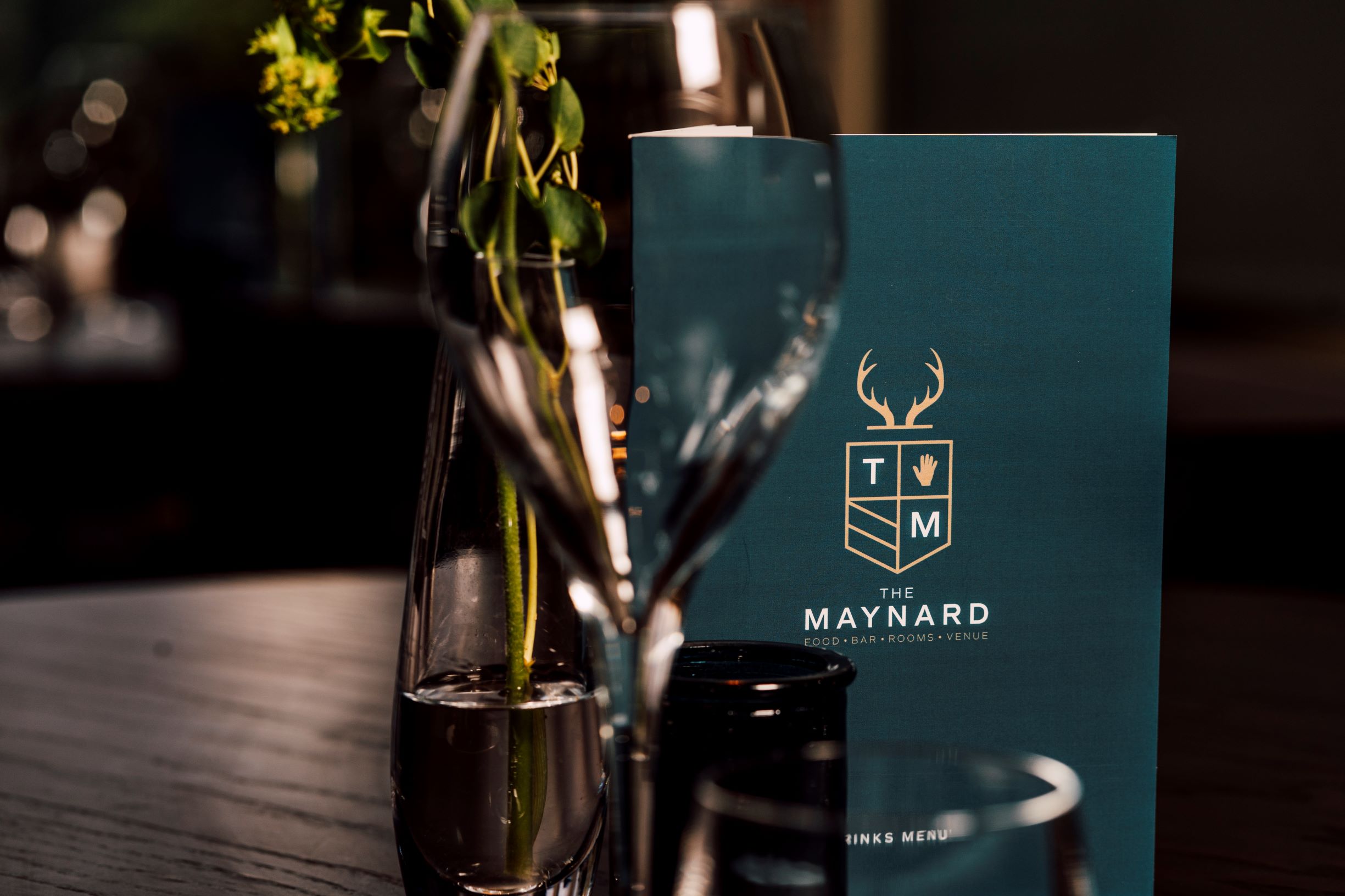 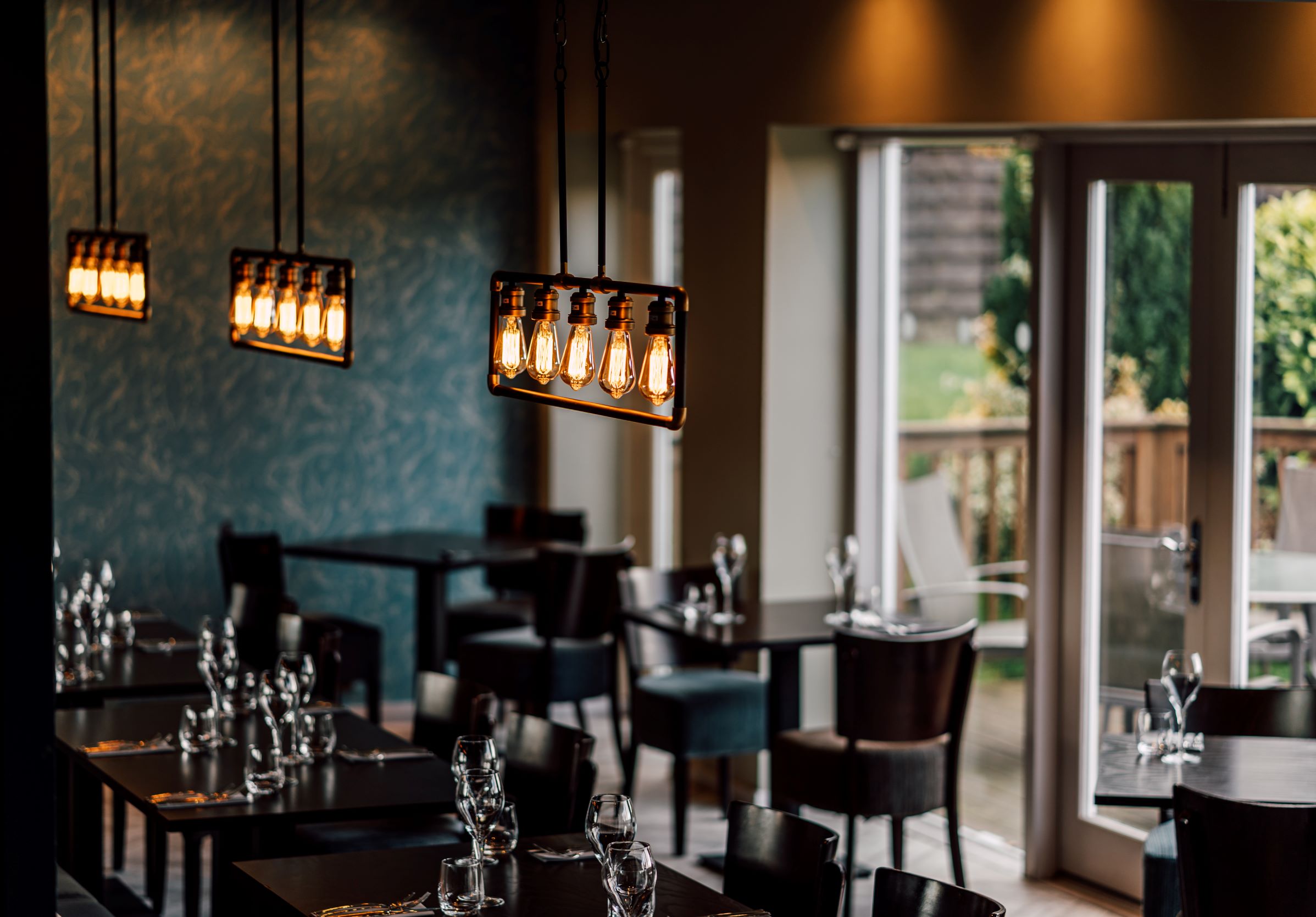 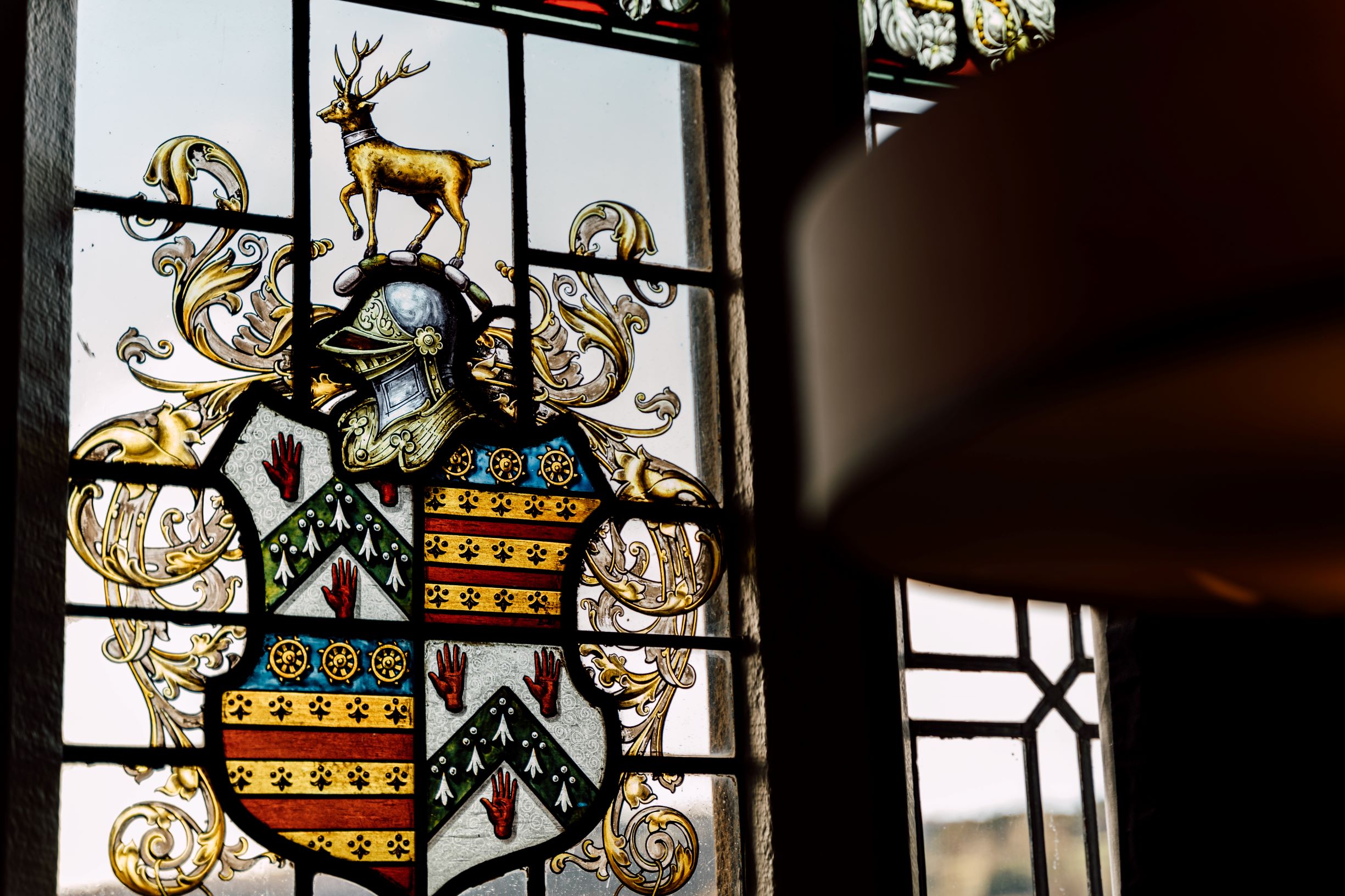 Subscribe to keep up to date with our latest news, events and offers.